Hopkin Looking To Curl One…

A regular blog dedicated to Crystal Palace Football Club through the eyes of a fanatical supporter, contemplating everything from results to the colour of Stuart O'Keefe's boot laces…

The Daily Round-Up: Br*ghton Are Coming To Town

As we prepare for the visit of Br*ghton tomorrow, it’s fair to say that most of us haven’t got a clue about how the game is going to unfold. Obviously, no one can ever be sure of how a game will go, but, given both teams recent form, it really does feel as though it’s up for grabs to whoever wants it more on the day, which should make for an entertaining and potentially nerve shredding encounter.

We have Glenn Murray back, which as I touched on yesterday, should give us far more potency in the final third but you can guarantee that the Br*ghton back four will be absolutely desperate to stop him from repeating his heroics at The Amex last season, meaning he could be in for a rough afternoon. There were rumors circulating that Wayne Bridge wouldn’t be fit enough to take part, which would obviously be a boost for us, given our pace and guile on both wings. When both Zaha and Bolasie have been on song this season, defences have really struggled to contain them, an aspect I’m sure tomorrow’s visitors are well aware of.

The back four should remain settled, with the usual suspects managing to come through Tuesday night’s game without any injuries, meaning that the only question mark in our starting XI is Andre Moritz. The Brazilian got a bang to the knee against Leeds last weekend and didn’t travel with the team to Hull. After the game, Holloway said he still wasn’t sure if the midfielder would be well enough to train when the team returned, meaning that his potential inclusion will remain the subject of speculation until the team sheets arrive tomorrow afternoon.

I would guess that Garvan will start in front of him, if I was to nail my colours to the mast, but it really is nothing more than a guess. From my perspective, there is no harm in starting the Irishman in front of Moritz and introducing the latter as the game reaches its conclusion, for an injection of class against the hopefully tiring legs of the opposition defenders.

Tomorrow’s game is apparently nearing a complete sell-out which is great news, and should only add to what was already going to be an electric atmosphere, with a win guaranteed to put us back on top of the division. There is no room for complacency though, and I’m sure the players will be desperate to put in a top performance, knowing how much it means to the supporters.

For the time being, all we as fans can do if keep our fingers crossed and pray that when it’s all over, we aren’t left feeling deflated. Derby games are fantastic if you win and god awful if you lose, thankfully we haven’t been on the end of a defeat in one of them since January 1st 2011, let’s hope we can still say that at 6pm tomorrow night.

The Seagull Love Review have answered a few questions from Five Year Plan ahead of tomorrow’s game, I have to say, as much as I didn’t want to enjoy reading what they had to say, it’s pretty entertaining.

Shouting, anger, bravado, a new flag from the Junior Eagles or whatever they’re called, witty songs, pockets of homophobia, a warm reception from The Met, a goal from Murray, Holloway and Poyet trying to out-bullshit each other in the press conference, cold fingers and toes, that Sloop Jon B song, grown men who should know better and about 45 seconds on the Football League Show later on. It’ll be fun. 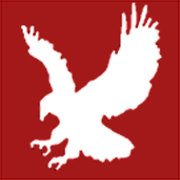 The Blackpool Gazette has a story linking us with their goalkeeping coach and former Palace player, George Wood. Dougie Freedman is believed to be trying to lure our current goalkeeping coach to Bolton, which doesn’t surprise me in the slightest, the bastard.

Palace have been given permission to speak to the vastly experienced coach after they made an approach yesterday.

The 60-year-old Scot is a hugely respected member of the staff at Bloomfield Road and his departure would come as a major blow to new boss Michael Appleton.

The Gazette understands Wood would be happy to stay at Bloomfield Road but has been offered terms he simply couldn’t refuse by the London club, where he spent four years as a player in the 1980s.

Today marks a year since we went to Old Traffor and toppled Manchester United, thanks to goals from Darren Ambrose and Glenn Murray, here is my tribute to that night.

It will go down as one of the greatest nights in recent memory, with Darren Ambrose putting us in front with an absolute thunderbolt from all of 35 yards, before Glenn Murray won it for us in extra-time by heading past Ben Amos in the 98th minute to give us a lead that we wouldn’t relinquish for the rest of the contest. Our defending in the final 15 minutes was somewhat frantic but, thanks to an incredible amount of resolve from the players, we managed to hang on, with the sound of the final whistle sending the thousands of Palace fans who travelled up to Manchester into collective ecstasy.

Today is the last day of Movember and thanks to David Wright, quite a few of the squad have been taking part. For details on how to donate to the cause, click here.

It’s a charity that is extremely close to David Wright’s heart and as a result, he has managed to rope Paddy McCarthy, Damien Delaney, Peter Ramage, Andre Moritz, Owen Garvan, Darcy Blake and Mile Jedinak into taking part, with some varied results, to say the least…

With Selhurst Park looking as though it’ll be packed tomorrow afternoon, there is an update on the availability of tickets for home fans on the official website.

Crystal Palace FC can confirm that remaining tickets for home supporters for the above game will be on sale on Saturday 1st December from the main box office only. Tickets will only be sold to home season ticket holders, members and supporters with a booking history. Tickets for Brighton fans are completely sold out.

With the media hype surrounding Wenger and Holloway’s supposed spat over Wilf’s availability, Goal.com have got a cartoon up on their site.

Following the Frenchman’s comments, the former Blackpool boss lashed out at the north London outfit’s manager for talking about his players in public, telling The Sun he would be ringing the Gunners’ manager to complain about his “totally bad etiquette”.

Ian Holloway has spoken to the press ahead of tomorrow’s game, with his quotes attached.

We’re civilised, football is a team sport and a wonderful sport. You want the bragging rights but it should never be fighting rights. There are players on that pitch that can make it a very exciting derby. Hopefully at the end I’ll be very proud of my fans & my team. 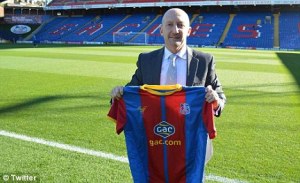 Below is what Ian Holloway had to say when he met with the press earlier this afternoon to discuss the game with Br*ghton tomorrow afternoon, thanks to the official club Twitter feed:

It’s not a rivalry that most of football knows about. These must-win games I don’t think there’s such a thing. My job is to make sure everyone understands their jobs and their goals and there’s no doubt in my mind they will do that. Gus has a very distinctive way of playing and they are very ‘routined’. The way we play and they play, it makes for a very exciting game.

We’re civilised, football is a team sport and a wonderful sport. You want the bragging rights but it should never be fighting rights. There are players on that pitch that can make it a very exciting derby. Hopefully at the end I’ll be very proud of my fans & my team.

(Moritz) He’s trained yesterday with no reaction and today so he’ll be in the squad. Everything comes back to what happens on the pitch. Everything else can be a story but that’s what it comes down to. The great thing about this league is that it keeps on getting more exciting. I’m not sure that’s the same with the Premier League. With the world at the moment, and the recession. Football’s a release from that and I want it to be like that on Saturday.